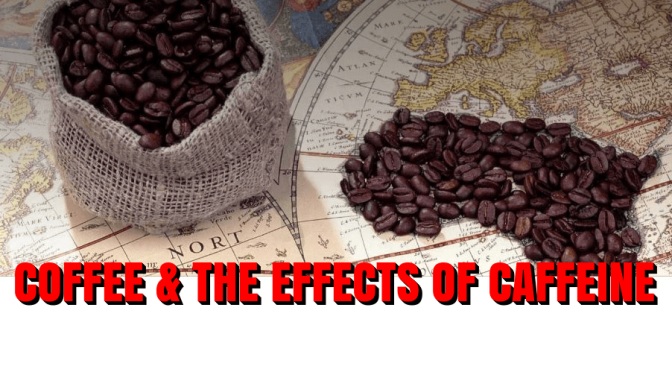 Coffee has a long and colorful history. Billions of cups are consumed daily, and with such a large and passionate audience, I offer you a taste of the aura which abound on the subject of this popular drink.

The African story of happy animals galloping around at night after eating some red berries from bushes more than a thousand years is probably a myth. It wasn’t until 15th C. Yemen that the documented history of coffee begins.

The substance that was initially ingested wasn’t even a beverage, but was more like an evil-tasting paste. The reason that it endured was undoubtedly it’s stimulating quality.

The Muslim world proscribed alcoholic beverages, but coffee enabled the faithful to pray all night, and was welcome. The Time taken to bring the berries to market often resulted in spoilage. The cargo had to travel from Ethiopia to the port of MOCHA in Yemen, and by a long Voyage to middle eastern destinations.

With the blessings of the Ottoman Empire, however, roasting of the coffee berry was developed, and the resulting coffee bean was more stable. The market heated up, and plantings of C. arabica spread to JAVA and beyond. Eventually, the pleasures of Coffee reached Vienna,and by 1652, the first House dedicated to coffee drinking opened in London.

Coffee Houses spread, and soon catered to special groups like writers, Philosophers and Merchants. Lloyds of London started as a discussion group of traders who were privy to Embarking ships’ Bills of Lading, and enjoyed an economic advantage. Soon the different coffee houses excluded the general public.

The Tastes of the British drinking public was malleable, however. Just as disputes with France caused a switch from wine to gin, the East India Companies plethora of TEA eventually resulted in substantial displacement of coffee drinking by the english tea ritual.

The reverse happened in Revolutionary America. Beginning with the Boston Tea Party, coffee drinking became more popular. By the time of the Civil war, it was unthinkable for Confederate soldiers not to have their ration of coffee.

America is presently the country with the largest coffee consumption. However, the per Capita coffee consumption is higher in a dozen other countries, especially in Scandinavia. Those long, dark winters, with associated increase in seasonal depression meshes well with the STIMULATING VIRTUES OF COFFEE.

Yes, Coffee is stimulating, and its effect can, and often does become ADDICTIVE, as I discovered when I started my Medical Practice. I was drinking three cups of coffee a day and still was tired all of the time, since I was often up at night taking care of my asthmatic patients; I finally decided to quit drinking coffee, and after a full three weeks, started feeling better.

For me, coffee was NOT A SUBSTITUTE FOR SLEEP. I know of at least one Red Bull accolite that disagrees with me, and the NEJM article on the benefits of coffee would seem to support drinking more than one cup of coffee a day.

I currently take about 50 mg. Of caffeine by tablet about every 3-4 days when I am tired in the early afternoon, before 2:30 PM, so as to clear the drug from my system by bedtime. If I use it more frequently, I do not enjoy the same pleasant alertness that less frequent use affords.

I currently drink a cup of green tea in the morning, which I believe delivers about 20 mg. Of caffeine and some other health benefits as well. Caffeine makes you more alert by competitively blocking the sedative action of Adenosine, which gradually accumulates in parallel with ATP depletion during the course of energy expenditure in the activities of the waking day.

Chemically, caffeine is trimethylxanthine, and is a cousin to the drug theophylline, which was the mainstay of asthma therapy for the first decade or so of my allergy practice. Before theophylline therapy was standardized, a strong jolt of coffee was often used for severe asthma.

Coffee apparently shares with Theophylline the inhibition of Phosphodiesterase, causing the heart to speed up, and lung airways to open. So enjoy your coffee, especially after reading about its health benefits in the recently posted NEJM article.

But be careful about drinking too much. There is rarely such a thing as a ’free lunch” in the worlds of economics and drugs. YES, CAFFEINE IS A DRUG, and the intoxicating aroma notwithstanding, please respect it as such.