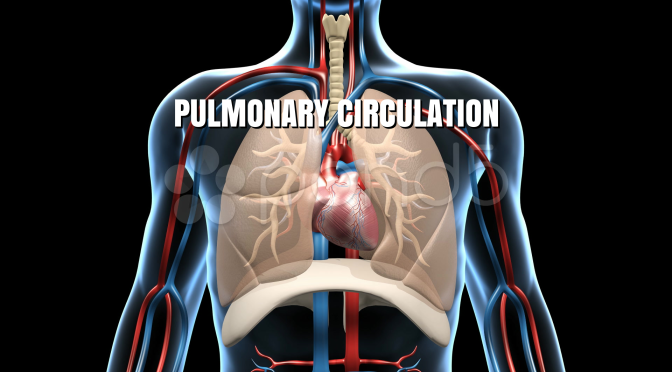 Humans have a high energy requirement. Like a sports car we need to be turbosupercharged. We need an entirely separate Pulmonary circulation to handle our great oxygen demand.

Fish can get by on a single heart and circulation. They are “cold-blooded” and have no elevation of temperature above that in the environment. The water buoys them up, and they don’t need to constantly fight gravity.

Birds, and by extension, therapod dinosaurs, need more efficiency, and have a separate pulmonary circulation, just like we do. They share with us a DOUBLE CIRCULATION, a 4-chambered heart, with 2 entirely separate circuits.

In my residency, I saw a lot of congenital heart disease. In the process of development, the very early human embryo has a single circulation, just like “early” vertebrates, like fish.

In the process of development, the Systemic and Pulmonary circulations divide the previously unitary system into 2 separate systems, by a continuous spiral of partitions, or “septae”.

Ontogeny recapitulates Phylogeny: Development recaps Evolution. If this process of separation fails to happen in a given child, Congenital Heart Disease is the result:

When you listen to the hearts of these children, there are prominent murmurs, or noises, which betray the presence of turbulence and inefficiency, the very thing that evolution “tried” to prevent.

In the normal Human Heart, the blood returns from it’s systemic circuit through the capillaries, depleted of oxygen, into the vena cava. It passes to the Right Atrium, through the tricuspid valves, to the right ventricle.

It is interesting, and essential that the systemic arteries contain red, oxygenated blood, and the Pulmonary artery contains blue, oxygen-depleted blood. The “tired” blood, returning from the body must be “pepped up” by passing through the pulmonary circuit, picking up oxygen in the process.

Similarly a clot, originating in a quiet vein, perhaps a dilated, or varicose vein, is pumped into the Pulmonary circuit, where it lodges in the tiny capillaries and produces a PULMONARY EMBOLISM.

Pulmonary Hypertension is also caused by a variety of Lung, heart, inherited and kidney diseases, as well as by certain drugs, high altitude, and Obstructive Sleep Apnea.