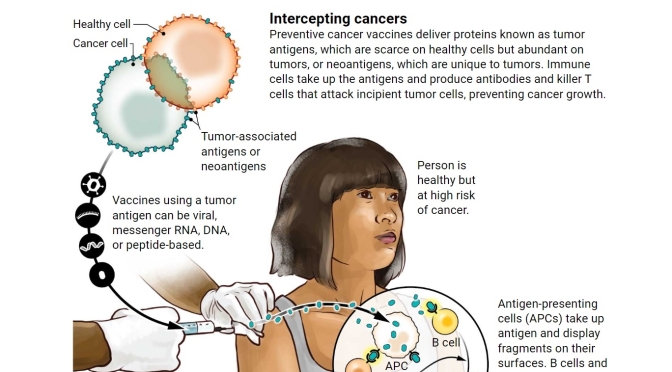 The idea is to deliver into the body bits of proteins, or antigens, from cancer cells to stimulate the immune system to attack any incipient tumors. The concept isn’t new, and it has faced skepticism. A decade ago, a Nature editorial dismissed a prominent breast cancer advocacy group’s goal of developing a preventive vaccine by 2020 as “misguided,” in part because of the genetic complexity of tumors. The editorial called the goal an “objective that science cannot yet deliver.” But now, a few teams—including one funded by the same advocacy group, the National Breast Cancer Coalition (NBCC)—are poised to test preventive vaccines, in some cases in healthy people at high genetic risk for breast and other cancers.