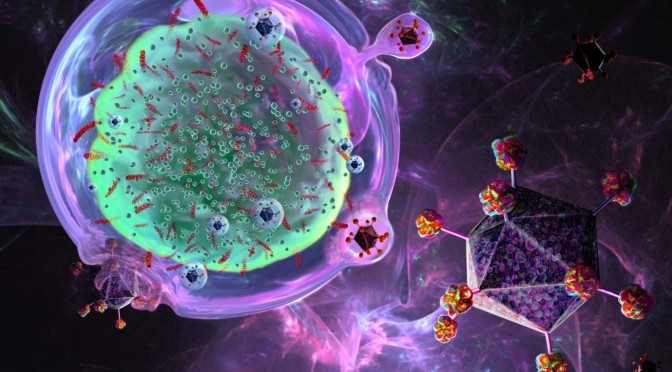 In war, we are familiar with “smart bombs” that home in on a laser-marked target, or a heat source. The same thing is happening in our battle with cancer. Everybody has had friends or relatives given chemotherapy, which affects all cells, but  cancer cells, since they are dividing more rapidly, suffer the most. However, the entire body is affected with weight loss, hair loss, anemia, leukopenia and other severe symptoms.

In smart chemotherapy, a poisonous package is linked to an antibody which homes in on cancer cells having a specific membrane marker on their surface. For instance, many cancers, not just those of the breast, express HER-2 receptors. Antibodies specific for this receptor are attached to such drugs as doxorubicin, in a therapy called ADC. The coupled pair then home in on the cancer cell and kill it, sparing  the rest of the body most of the exposure to this toxic chemical. This is really a form of immunotherapy, since it uses antibodies.

Smart cell therapy with CAR-T cells, uses T lymphocytes which normally have surface ligands that attach to various cells marked for killing. These T-cells have their targets genetically modified, with antibody receptors, to be specific for such things as CD 19 and BCMA on the surface of cancer cells. When infused, the T-cells latch on to the specified cancer cells and punch holes in them. The treatment can have some side effects, but they are usually much less severe than  regular chemotherapy.

CAR-T cell therapy has been very successful for blood cancers like leukemia, Lymphoma, and multiple myeloma. It can produce flu-like symptoms from the recruitment of lymphokines, and occasionally neurologic symptoms. It is currently successful in about a third of the cases, used as a second line therapy, and is very expensive.

It used to be that a cancer was classified according to its anatomic location, e.g. breast cancer, colon cancer, skin cancer. With increased knowledge, it is now becoming more important to know the surface markers of the cancer than the organ of origin.